Ayanda Mabulu (born in 1981) is a South African artist mostly known for his paintings.

Tackling the issues of inequality and its experiences in contemporary society, especially those that set the black body as a turf where violence occurs, Ayanda Mabulu is an internationally recognized South African artist. By using satirical imagery, he depicts and juxtaposes powerful leaders, masters, and mistresses with defenseless victims of greed, oppression, poverty, and systematic racism. The discourse of power, culture, and identity arranged in narrative sequences that further exaggerate the already grotesque history of exploitation and its inheritance plays itself in the work. His work is exhibited in minds of his people and dances in their tongues in everyday conversations that seek to rebuild the black community. Facing the situation where there are clearly hunters and the hunted, the artist is unable to find a ‘polite and subtle’ way to “address and depict social issues of our time were the human condition is deteriorating because of the style of politics inflicted by those in power” that leave the powerless starving and desperate so they can be easily controlled. In 2010, the artist painted a piece where he depicted president Jacob Zuma and various political leaders nude. The painting received little public, news, and media attention. However, it was rediscovered two years later in a bigger political controversy revolving around the work of Brett Murray, whose work The Spear depicted president Jacob Zuma in a pose reminiscent of Lenin, with his genitals exposed. Speaking of techniques, Mabulu simply doesn’t believe in them. Having similar role as accents, techniques take away the core of what he’s trying to convey, so “being me is my inspiration and being me and being part of the Black community and being part of the African Culture is my uniqueness.” 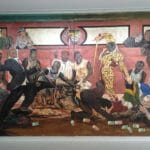 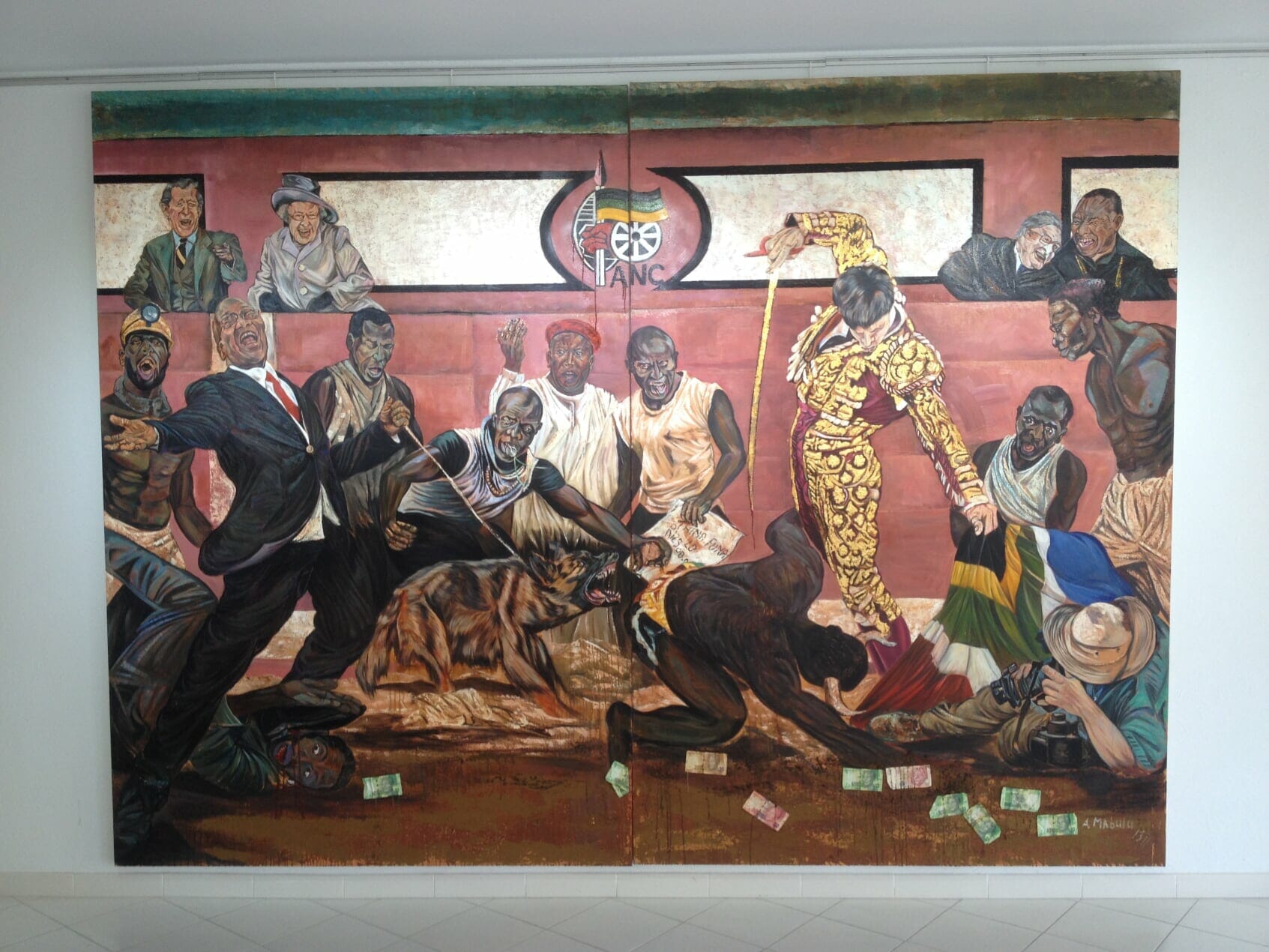