Andries Botha lives and works in Durban, KwaZulu-Natal, South Africa. It is from this place of familiarity that he finds it possible to be creative. Graduating from the University of Natal in the 1970’s, he won several awards including the Volkskas Atelier Merit Award in 1987, the Cape Town Triennial Merit Award (1988), the Standard Bank Young Artist Award (1990) and the National Vita Art Award (1992).

He has exhibited widely internationally and most recently The Hague, South Korea, also exhibiting in Brittany, Johannesburg and Cape Town, South Africa, and in the Canary Islands.  Lecturing at the Durban University of Technology since 1982, he has consistently championed the visual arts in the community with the founding and chairing of the Community Arts Workshop (1984-6) His continued commitment to this process  is now evident in his NGO Create Africa South Trust (since 2002), Amazwi Abesifazane Trust(registered in 2008) and the Human Elephant Foundation (2009).

There have been no particular over-arching themes in his work but he is conscious of how he has become increasingly responsive to the fragile co-existence with other life forms and sensibilities.  He has, throughout his creative career, tried to unravel the mystery and responsibilities attached to the idea of co-existence. As part of this search,  he has given significant time to exploring the relationship between creativity and other forms of citizenship.  Part of the relationship that evolves out of his philosophy of give and take, has resulted in his committing his life to being within a teaching and learning environment. 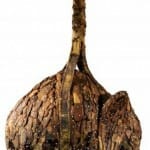